Most people are spending a lot of money on the latest techniques to remove unwanted hair on their faces, legs, arms, chests, backs and private areas. Is it possible to remove hair from such large surface areas? And more importantly, is doing so safe? The answer to both questions is, yes. Removing body hair is possible and if done correctly, and in some cases by a licensed professional, it is also safe.
1. Hair Removal by Laser Treatments.
One of the fastest ways to remove unwanted body hair is by undergoing laser treatments. Although this is the most expensive approach, laser hair removal is the most effective at permanently eliminating body hair. Unlike electrolysis, where each hair follicle must be dealt with individually making the process extremely time-consuming and painful, laser therapy can impact several follicles simultaneously, which greatly speeds up the process. It’s great for removing hair from the back and chest, arms and legs.
As stated already however, the costs are extreme. To do an area as large as the back will cost several thousand dollars, and that’s per treatment. Several treatments are necessary because the laser technique can only impact hair that is currently in a growing stage. Also, there will be places where hair will regrow and although it will regrow finer and lighter, in order to be permanent, the hair follicle needs to be rendered incapable of growing new hair.
2. Hair Removal by Waxing
The next best method of removing body hair is waxing. Far less expensive than laser treatments and even electrolysis, waxing works by extracting hairs out of their shafts. Because the hair follicle is not specifically and purposely damaged, hair will regrow, but it will take several weeks for it to reappear. Repetitive application of this hair removal process may ultimately affect the follicle and cause hair growth to cease, however, this is not guaranteed which is why waxing cannot be considered a permanent hair removal method.
Waxing, or sugaring if you’re sensitive to wax or prefer an organic solution, works by applying a layer of cold or hot wax or a sugar-based mixture directly on the area where hair is to be removed. After allowing to harden it is very quickly peeled away from the skin, in the opposite direction of the hair growth and viola – the body hair is pulled free from that area. The process is repeated until the entire body surface is free of hair. It is possible to do this at home, but since most of us have a low tolerance to self-inflicted pain, you’ll get better and faster results if you leave this type of work to someone else, at least for the first few times.
If you think it’s time to remove unwanted body hair, whether for cosmetic reasons, sports-related competitions or any other reason, go with laser therapy if you can afford it or waxing. They’re the best for removing large expanses of body hair.

The blog features a lot of different content such as reviews, videos, workout routines, fitness articles, and product reviews. 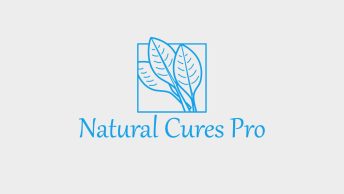 Great Advice To Take The Guess Work Out Of Health Insurance

Below Is A Guideline That Will Help You Obtain Health Insurance

Learn All About Health Insurance With These Tips